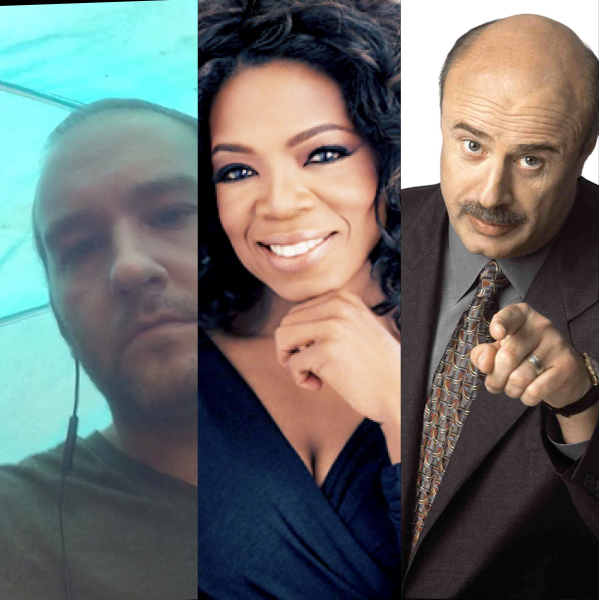 Oprah and Meyer stood above rock bedded beaches in northern coastal Maine. They were picnicked atop a scenic cliff–chiseled by waves upon waves from ocean waters of the Atlantic–a dramatic cutting of sizable granite. Oprah and Meyer were deeply in love. It was late July in the Summer of 2009.

“Don’t be bashful” Oprah said to Meyer. Meyer turned his head, he looked away and stared into the distance. Oprah stepped a tad closer and gripped him by the bicep, “Why must you do this” she asked him, but Meyer would not have it, he refused to turn his head, he kept his stare into the distance. Meyer remained silent. Oprah released her grip. She dropped her eyes and looked at her feet. Meyer turned an eye but nothing further, he kept his position. Oprah turned to walk away, but Meyer stopped her, he grabbed her by the waist, Oprah was overcome with glee, “I knew it!” Oprah screamed. Meyer smirked.

Oprah and Meyer resumed their picnic atop the rocky cliff, and fed each other oysters and grapes. Perched on the edge of its boulders, Oprah and Meyer watched the sun fall, they watched the stars in the moonlit sky. Meyer played his guitar, he wrote poetry, Oprah smiled all that night. It was the greatest night of both of their lives.

But nothing great lasts forever. The best things in life so tragically do only last short-lived–so was the case for Oprah and Meyer.

The turmoil was in October, 2010, it was near Halloween. Oprah threw a magnificent Halloween party for all their friends. As couples so often do, Oprah and Meyer costumed for this party as a pair; Meyer as a toothbrush, Oprah as toothpaste, and virtually everyone in attendance that night agreed, it was nothing short of adorable to see the lovely couple in this way. One person who felt otherwise though was Dr Phil. Dr. Phil was extraordinarily jealous of Meyer. Dr Phil has always desired Oprah, but time after time as he tries to steal Oprah’s heart another man beats him to it, and at the time in this story that man was Meyer.

Oprah and Dr. Phil are best friends and have been so for many years, but while Dr Phil harbors profoundly deep romantic desires for Oprah, Oprah feels nothing of the sort for Dr Phil; despite the many problems this causes for them, it has never been enough to divide their friendship; every time a conflict occurs, a solution will render like clockwork: Dr Phil begs Oprah for forgiveness and Oprah grants it–time after time.

By the time Meyer had come along in Oprah’s life, Oprah had already ousted six other men, all of them due to problems caused entirely from Dr Phil. But Meyer, being the ambitious romantic he is, he believed he could hack any and all trials to be in store for him; Meyer’s love and devotion to Oprah was so strong and so enduring, Oprah granted Meyer the rare opportunity to prove it–an honor which thousands of others have been denied.

At first, Meyer was nothing short of incredible, Meyer put Dr Phil in his place every time, it was as if Meyer himself was a creation of clockwork–Oprah could not believe how lucky she was to have found Meyer. Meyer never once spoke, not once in his life–that was this thing, Meyer was deaf. And that’s how strong his heart was, that Oprah found no problem in never talking to Meyer, Oprah learned sign language for Meyer.

This drove Dr Phil absolutely mad with envy–to be upstaged by a “mute”–as Dr Phil only so rudely would ever call Meyer. But Meyer never was bothered by Dr Phil, Meyer did not mind him; Meyer knew how to handle Dr Phil and would every time, all Meyer would do was give Dr Phil a smirk and Dr Phil melted, every time–it was like clockwork.

Meyer was almost too good to be true and maybe would be were Dr Phil not the monster green with envy Dr Phil is.