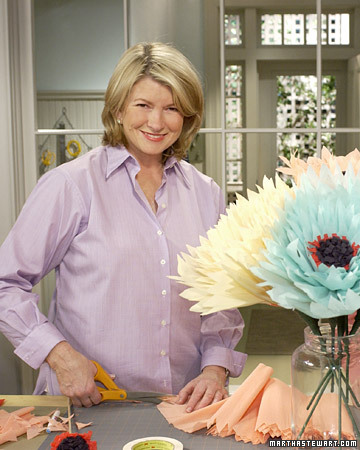 Meyer speaks, he says: “Nothing quite like the smell of wet Elmers over pine, am I right, Martha?” Martha Stewart looks up from her workspace. She turns to Meyer. She speaks, she says: “Hmm yeah but it’s birchwood, Meyer, not pine.” Meyer nods, and Martha Stewart ads: “But you are right, though, Meyer it certainly does smell delightful,” she says, with a smile. Meyer nods, though slowly, and Martha Stewart ads: “White birch. I mean, to be exact. White birch,” she says. She dives back into her workspace. Meyer looks on as she does. He speaks, he says: “Huh. I see.”

Meyer thinks over the comment. He is not perturbed to be corrected, and especially if by Martha Stewart and on this topic. He is, however a little bit stuck on her one assertion: It certainly does smell delightful. Meyer finds the duo of Elmers and birchwood does not smell delightful. In fact, Meyer finds the duo to smell quite terrible. He wants to tell her this, but he is reticent because, she has corrected him and it was in the same sentence. He does not want to provoke a false issue. He speaks, he says, “It is a one-of-a-kind smell,” he tells her. Martha Stewart nods.

Meyer returns his attention to his own project: a pencil canister. It’s arguably not as impressive as say, Martha Stewart’s Victorian style birdhouse–which she is building and at the very moment and right next to him–but it is nonetheless, an impressive showing of popsicle stick crafting skills by Meyer. Martha Stewart glances over. She throws her eyes on it. It dings her with an idea–that Martha Stewart, the rascal that she is. She speaks, she says: “Nice pencil canister,” she tells him. Jabing-ly. Is how she says it, all like buddy-buddy like, as if she were nudging him with her elbow. Meyer groans. He plays along. “Martha, that was a cheap shot!” he tells her. He says this with a bended wrist, and does it for mere effect. It’s over an inside joke involving Christopher Lowell, from the last time the trio crafted together. Martha Stewart wobbles her head with enjoyment. 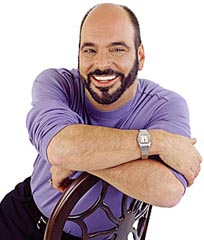 She speaks, she says: “It’s really not bad, Meyer, I was just teasing you, your canister is looking fantastic,” she tells him. Meyer releases his canister. He looks looks up from the project, he turns his head toward Martha Stewart, he gives her his most genuine smile. He speaks, he says, “Thanks, Martha. You would know,” he tells her. He is flattered. Martha Stewart smiles, but her eyes stay glued to her project.

Meyer speaks, he says, “I just cannot get over how well you do your edges, Martha,” he tells her. Martha Stewart looks up. Meyer has her attention. “Problems with edges?” she asks him. She knows Meyer has problems with edges. It’s very obvious that he does. Meyer lifts his chin back and he stares at the ceiling. He sinks his eyes back down. He speaks, he says: I don’t know, Martha. I just, never seem to cut them right,” he tells her. Martha Stewart nods agreeingly, “Well what do you use to cut with?” she asks him. Meyer shrugs, “Pliers,” he says. Martha Stewart smiles. She already knew this, that Meyer uses pliers. She has seen Meyer use his pliers for edging time after time, and she has often desired to comment, but knowing Meyer she knew his pride was sensitive. And as Martha Stewart always says: “There’s no wrong way to cut a popsicle stick.”

Martha Stewart speaks, she says, “Silly, use your micro saw of course,” she tells him, lifting her own, to show him the fine, serrated edge.

Meyer speaks, he says: “Good point.” He tells her.

Martha Stewart is impressed to see Meyer handle it so promptly. She smiles. He smiles, too. They resume their projects. Martha Stewart speaks, she says: “I just love your color schemes, Meyer, I really do. You just have exceptional taste for color schemes.” She tells him. Meyer’s eyes’ lock in place. He pokes his inside cheek with his tongue. “Thanks,” he says. He resumes. He says it as if he is somewhat suspicious. Martha Stewart picks up on this. She wants to sigh, but she doesn’t. She turns her head toward Meyer. He is not looking at her. She turns back to her work. She looks at her bird house. She has two sample pieces, which includes two colors: carnation pink, and columbia blue. She thinks to ask Meyer for his opinion. She genuinely does value to hear it. She thinks against it, though, and speaks, she says: “You know I was serious,” she tells him.

Meyer knows to what she is referring. He throws up his eyebrows to let them drop. He has nothing to say on this. Martha Stewart is not satisfied. She sighs. She speaks, she says: “You pick out great colors, you have great taste for it. Better than I do, and even better than Christopher for that matter,” She tells him. Meyer yawns, for his own lack of better response. It is obvious he is put off.

Martha Stewart shakes her head. She speaks, she says, “I’m really not so sure I get you, Meyer,” she tells him. She is perturbed. “All that I said to you is you have great taste in color schemes,” she says. She trails this into a mumble, “Fucking insecure,” she tells him.